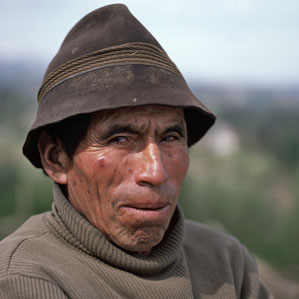 Baltazar, the eldest brother, is the last ice merchant of Chimborazo. He started working on Chimborazo with his father when he was 15 years old and continues the tradition today – over 50 years later. Baltazar often says that he will work until his body no longer lets him. 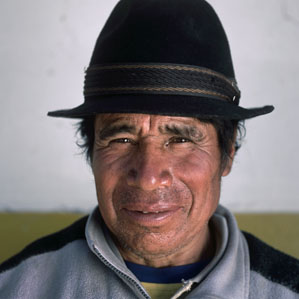 Gregorio, the middle brother, retired from the mountain 5 years ago. Today, he sells ice cream and popsicles to local communities. He is recognized for making his own ice cream in a traditional Ecuadorian style known as helado de paila. Using fruit, water, sugar and egg whites, Gregorio hand-churns the ice cream in a metal container inside a wooden barrel. He then sells the ice cream for 20 cents a cone. 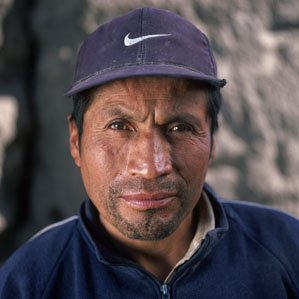 Juan, the youngest brother, retired from the ice mines of Chimborazo 10 years ago. In the past, Juan made snow cones from Chimborazo ice, which he sold to children at local schools. Today, Juan works in construction, often taking a bus to Riobamba, the closest city, where he can find work.